Genesis: A question of genes 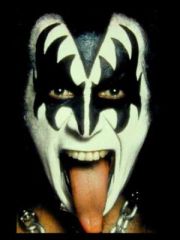 Science tells us that matter is condensed energy. Energy in this condensed form is material and visible, however there is a lot of energy we cannot see.  Ultraviolet and Infrared light, for example, are invisible.  For the purpose of this discussion let me label the process of converting energy into matter as the process “genesis.”

The word genesis comes from Greek and means “origin, creation, generation.” Everything in the universe went through this process of genesis, and I am particularly interested in the idea that the process is continual, or perpetual.  That is, I am interested in exploring the idea that genesis wasn’t a single event, but something dynamic.

To help visualize this concept, think about how a single fertilized egg divides in two and then again into four and on and on until there are billions of cells, some with forms specific to the brain and some specific to heart tissue with an entirely different function and form.

Where do those cells get the information on what shape and structure to take?  Questions like this are the focus of an area of developmental biology called morphogenetics.  Morphogenesis (from the Greek morphê shape and genesis creation, means literally, “beginning of the shape”) is the biological process that causes an organism to generate its shape or form.

The answer to the question “Where do those cells get the information on what shape and structure to take?” will be answered by most people, without hesitation, with the confident declaration – “genes!”  It is widely accepted by the scientific community that genes hold all of the information to build and maintain an organism’s cells, though there still are controversies about the role of the genetic material.[1]

So given all of this, here are the questions I am entertaining:

These questions are relevant to my thesis on generative governance, the generative economy, and the generative king archetype.  Thanks for reading, and thinking through this with me.  Oh, about the Gene Simmons photo – I couldn’t resist since we were talking about “genes.”  Until next post…