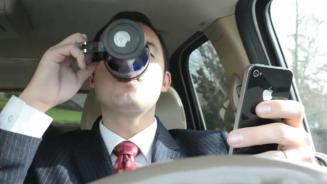 The president of the company earns $1.4M annually.  About half of that is bonuses and stock.  She’s anxious.

Sales are down and she’s not happy, and everybody knows it – especially the VP of sales who’s been in his position little more than a year.

The VP is doing all he can.  In fact, here are excerpts from actual emails from an actual VP of sales that he sent out to the entire sales force:

“Thanks for protecting your selling time from 8am-4pm and making time before, or after prime selling hours or on the weekend to develop your territory action plans and master your sales presentations (and update the various monthly reports, and make travel arrangements, and submit your expenses…)”

“In closing, while you are developing your territory action plans, we can NOT afford to stop selling.  You must allocate time before and after prime selling time… If you are thinking, I wonder what he is doing on Saturdays, just know I have been in my office by 7:30am and did not leave until 5:30 the past Saturdays…working on our strategies in an effort to drive success in 20-12/13.  The true character of an individual is what will he/she do when they “get knocked down.”  For me I only know one way which is to wake up earlier than my competition, to work smarter (what do I need to change) and to leverage the feeling of failure (pain in my gut) to motivate me to succeed in SY 2012/13.”

“…Trust me I am right there with you, as we held a family meeting yesterday, speaking to my sons and wife, that work is going to require more travel, more time on Saturdays, and longer hours over the next nine months. “

The message from these emails is loud and clear.  He’s anxious.   He’s under pressure from the president who’s making $1.4M annually.  The VP earns about $400,000+ annually and he’s not happy and everybody knows it – especially the regional sales managers.

The regional managers are amplifying this anxiety – really turning up the volume. They’re under pressure from the guy making $400,000 a year. They make about $200,000 – $300,000 annually, and they’re anxious.  They conduct monthly meetings, weekly conference calls, and daily emails meant to whip the sales force into a selling frenzy. Sell, sell, sell!

The sales reps are all talking about it.  “Things are changing,” they say.  “This used to be a great company to work for.”  The pressure they feel to get more work done in less time is very real.  They read the emails – “…don’t do office work during prime selling time.”  So they squeeze it in or attempt to multi-task.  These are the guys that are constantly looking at their mobile devices – on elevators, in office lobbies, waiting for planes, during meals, while traveling – while driving.

Three weeks ago my friend was killed by one of these under pressure, over-worked, anxious sales reps.

The salesman was talking with an associate on his mobile phone while driving on a two-lane highway in a rural part of his territory.  He hung-up and was searching his device for contacts to make a subsequent call.  When he directed his attention back to the road he realized he had drifted into the oncoming lane.

My friend, a dean’s list engineering student, saved the salesman’s life by swerving his car to avoid a head-on collision.  The car rolled.  My friend was killed.

My friend’s death has sent a wave of heartbreak and anxiety through the social interactive energy field.  These waves are rippling through many organizations, churches, and families around the world (he was South African with relatives in Australia and England.)  Death is interfering with life.

Anxiety is interfering with life.

It’s interfering with creativity, innovation, cooperation, generosity,  and caring – all of which are necessary for optimizing the human experience.